Shopping Cart
Your Cart is Empty
Quantity:
Subtotal
Taxes
Shipping
Total
There was an error with PayPalClick here to try again

Thank you for your business!You should be receiving an order confirmation from Paypal shortly.Exit Shopping Cart

Are You Aware of What Multiple Sclerosis Is?

Many people are suffering from Multiple Sclerosis (MS), but do not know what it is or how to manage it. As an MS patient, I DONELLA GACHETT, founded This Is What MS Looks Like Foundation to spread MS awareness. 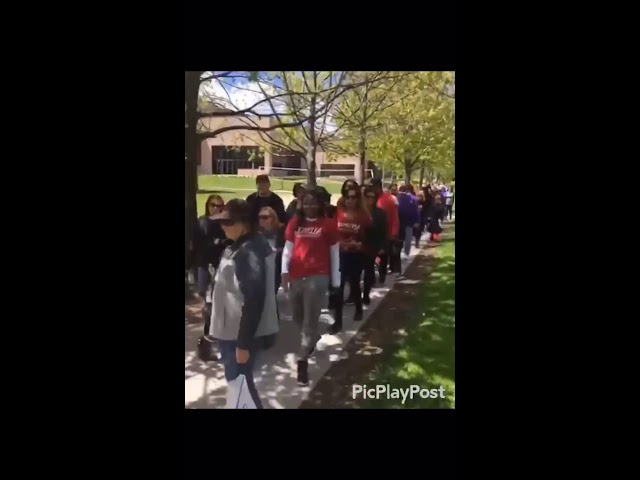 Walk MS brings together a community of passionate people for one powerful cause to end MS forever.

With every step we take and every dollar we raise... we're that much closer.

Together, we are stronger than MS.

My Project Benefits for My Neighborhood and the City

In today’s medical discoveries, there are many reasons light should be shed on the epidemic of Multiple Sclerosis (MS) arising in African Americans. But first, we must understand what MS is and how damaging it can be physically and mentally. Multiple Sclerosis is an autoimmune disease that eats away the protective outer layer of the nerves causing pain, fatigue, inflammation, and constant mood swings.

This disease requires different medications, hospital visits, and psychotherapy because it’s that crippling for some, if not all who have it. For many years, MS has only been diagnosed in women & men of European descent because all races & nationalities mainly focused on that particular genetic group.

As for recent studies, it has been shown that MS strikes almost 50% of African Americans, nearly mirroring the medical ancestry background of Northern Europeans. Shockingly enough, there have been hundreds of cases of MS appearing in African Americans because so many have been misdiagnosed due to it only being considered a predominantly Caucasian terminal disorder.

Although its cause remains unknown, on average, over 40% of African-American families have a history of MS. As many as 50% of people living with MS fall into a deep depression. As you can imagine, those same people with MS are twice as likely to attempt suicide and twice as successful in their attempts.

MS Education and Awareness Are

This Is What MS Looks Like Foundation is not a traditionally tangible project as that of one which beautifies a community with gardens or fresh coats of paint. I know personally that a project like this one could help to beautify and heal an entire community that may have fallen through the cracks of pain management.

Not every pain inducing ailment requires an opioid prescription, steroids, or even high dosages of ibuprofen. However, with education and awareness, accurate autoimmune diseases can be accurately diagnosed. My goal is to direct those living in pain to a neurologist versus a pain management doctor. With this simple shift of awareness, lives could be saved.

MS Over 14 Years Ago

Although I never had conditions like juvenile arthritis or breast cancer, that didn’t prevent medical professionals from inaccurately diagnosing me with such things. It also didn't prevent them from prescribing me tons of high dosages of ibuprofen and steroids to counter my pain or my frequent episodes of illness that I was experiencing.

Sad and confused, I grew up depressed and distraught as to why nothing was helping me. As a youth, I sat in many group sessions for young girls battling depression. Most of my closest friends knew nothing of my illness or of my depression. They termed me the “cancel queen” because I often had to cancel plans. However, no one wore a bigger masked smile than me! I always appeared happy.

Because it would have been much too early in my journey to hear of the term “MS squeeze,” I was only aware that I felt worse after any food consummation. It was my belief that food made me ill. I started making pain management accommodations for myself by limiting my food intake.

In order to eliminate pain and weakness, I started making accommodations for myself. I soon developed an eating disorder, which only made things worse. Under the instruction of a doctor who believed I had early stage breast cancer, I underwent a breast biopsy surgery to remove what was believed to be a tumor from my right breast at just 23 years old.

I never want anyone to endure what I did on my search for healing and wellness. That is why this project will include a multitude of recourse to prevent that by providing:

This project would directly benefit my neighborhood because it’s a predominantly African-American neighborhood. By merely offering accessibility without exclusion with the exploitation of these resources, the direction of investments, the orientation of technological development, and institutional change are all in harmony and enhance both current and future potential to meet patient needs aspirations to those who may be diagnosed with a disease or learn how to properly care for a loved one as a result of this new program.